After a short assessment Team Hyperpainting classified the circumstances somewhere between challenge and stress test on the disaster scale. 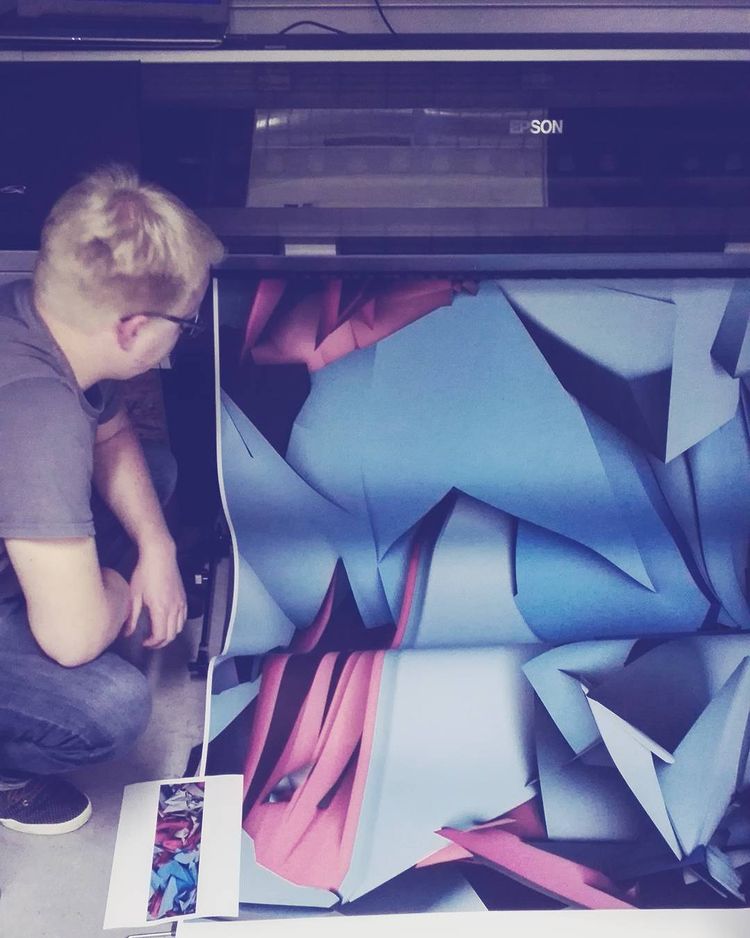 The idea to print Hyperpainting wallpapers came to us in a hurry of a short timeframe, during which we were able to waste as much of our faculties large format inkjet plotter resources as we could.

An ad-hoc render farm was rolled across various general-purpose workstations. The CPU based reder tasks were manually delivered and harvested around the house, from PCs grouped into tactical Render-Troikas, allowing for overnight production framerate.

The shrinking plott torn itself apart at the very last production stage and had to be repaired by means of improvisation on multiple spots. Luckily we were able to render out video loops for the few expropriated flatscreens: mounting those over the gaping holes was our only option and it even turned our to look pretty nice.